Jaipur is the capital city of Rajasthan which is one of the largest states in the country. The pink city is quite a popular tourist destination in the Northern region of India because of its palaces, forts, havelis, fairs, festivals and handicrafts. It is a royal land that is very well planned as per the Hindu architectural designs. It attracts tourists from all around the world because of its colorful markets, luxurious accommodations and the friendliness of the people of the region. So plan a holiday for a Jaipur tour and for other nearby places.

One can explore the Jantar Mantar for its scientific techniques, visit the Amber Fort, Jaigarh Fort and Nahargarh Fort, and have a good look in the palaces of the royal family which are known as Jal Mahal and City Palace. There are temples of Govind Dev Ji, Laxmi Narayan Ji and that of Moti Doongari. All these spots are in the city of Jaipur itself. 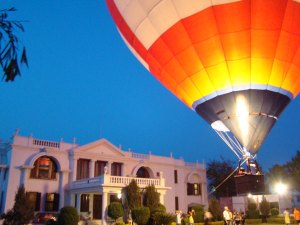 You can also get mesmerized by the beautiful paintings on the walls of the palaces in Shekhawati. Mount Abu the only hill station of the state has a number of Jain temples and as well as a wildlife sanctuary. There is Ajmer too which again is a pilgrimage spot for the Muslim community and 13 kilometers from there is the sleepy lake town of Pushkar. The devout Hindus come to worship in the only temple of Lord Brahma in the world.  A major attraction of the place is the cattle fair also known as the Pushkar fair which is famous for its buying and selling activities for camels specifically. The city of lakes, Udaipur is yet another fascinating place to visit.

A traveler looking to spend some quality time in the desert state of Rajasthan should try to plan in advance and apply for a systematic package of visiting the cities and towns of the region.

Colorful traditions, unadulterated village life and monuments of a chivalric and glorious past are the popular impressions that accompany a Rajasthan tour plan.  Well, a tourist is never betrayed of these with the innumerable never-to-be-missed destinations.

Hills are a common feature of Rajasthan on which many forts are built by various Rajput clans and are architectural marvels, more than exquisite to behold. The Chittaurgarh fort in Udhaipur, the Amber and Jaigarh forts in Jaipur, the Jaisalmer fort, are just a few of them scattered throughout the state, each in its own unique style vouching for the artistic patronage and architectural feats of their rulers.

The state hosts a number of endangered species, the most famous of them being the Royal Bengal tiger preserved in Ranthambore and Sariska. The Keoladeo bird sanctuary in Bharatpur is a shelter to many rare migratory birds. Rhesus monkeys, common langur, nilgais, peacocks, etc. are some usual sights in Rajsthan.

The Pushkar Fair 2011 falls in the first week of November and is held every year in on the holy banks of the Pushkar Lake starting with the Kartik Ekadashi Shukla for five days. It is predominantly a rural religious affair when cattle are bought and sold, bedecked, paraded and raced on the sands of Ajmer but it attracts a lot of tourists. Ajmer is also famous for its renowned pilgrim centre, the Dargah Sharif of Khwaja Moinuddin Chishti. The Dilwara temples in Rajasthan’s only hill station; Mt.Abu is recognized as one of the most charming Jain pilgrim centre.

With all these attractions sprawling across the state, a tourist is not disappointed with the images that the very hearing Rajasthan ushers in, of colors, sands, camels, forts, warriors and nomadic dancers.